No Social in Social Media?

Posted on September 1, 2014 by professorjvg 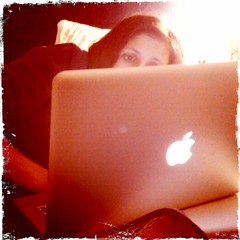 I saw another round of “technology is dooming us” tweets and headlines over the weekend about a study that supposedly proves that screen time diminishes kids’ social skills.  A friend even tweeted that this proves that we should get computers out of classrooms.

Most media reports of the study of kids’ screen time and social skills/ emotional intelligence have grossly exaggerated what the study did or didn’t say, and even drew lines between this study and the ominous “addiction” meme .  In spite of the headlines, there was no longitudinal data on whether kids’ social skills have declined with screen use; both groups missed most social cues in the video experiment — the screenless kids did a bit less terribly — but many news outlets didn’t even report both sets of data.   Both experimental tasks asked kids to read emotions in ways that they’d never encounter in their real lives.

But many, like this New York Times column, create a binary: there’s “screen” time and there is “social” time and those things are different.

I’m most concerned that this kind of coverage diverts thinking away from the range of social skills that people need to learn to be connected, whether in courses or informal networks.  As  I prep for a three hour,  bi-coastal meeting tomorrow among people who have never met, I’m very aware of the very different social skills that I now bring to my work and my learning.

But most reporters seem to assume that instead, we’re passively staring at “screens” and not connecting.

This entry was posted in Uncategorized and tagged social skills. Bookmark the permalink.

2 Responses to No Social in Social Media?

What do you think? Cancel reply